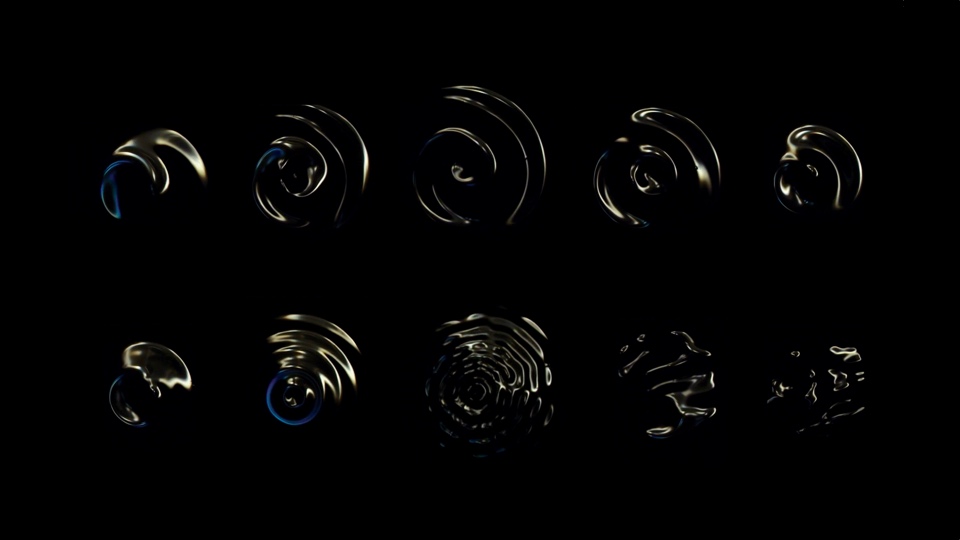 This abstract sequence is the product of an aesthetic form study into the range of possible visual expressions found in the vibration of liquid, a phenomenon also known as cymatics. The video is silent and it is up to the viewer to imagine what the shapes and movements might sound like.

Sound visualisations can be roughly categorised as either being concerned with sound as a physical or as a perceptual phenomenon. Imagery such as waveforms and spectrograms reveal physical properties while subjective interpretations found in paintings, Lumia art and abstract film (visual music) partly unveil the mystery of what the human mind experiences when listening. This visualisation is somewhat in-between; it is based on the physical vibration of sound, while at the same time it is lit, framed and cut to maximise a perceptual experience.

The transformative figure featured in the video is the reflection of a light bulb being distorted by turbulent surface patterns in a water-filled petri-dish vibrating at 5 to 80 Hz. The figure sometimes appears still. This illusion occurs when the camera is shooting at 25 frames per second and the liquid is vibrated at 50 Hz.

The work was exhibited once, displayed on the Splash Screen at the Half Machine event in 2004.

Cymatics is a term coined by Hans Jenny to describe visual phenomena that emerge when vibrating matter like liquid, gas and granular materials. Jenny’s experiments ultimately brought him to the conclusion that there must be a tight relationship between vibration and the emergence of life in the universe. 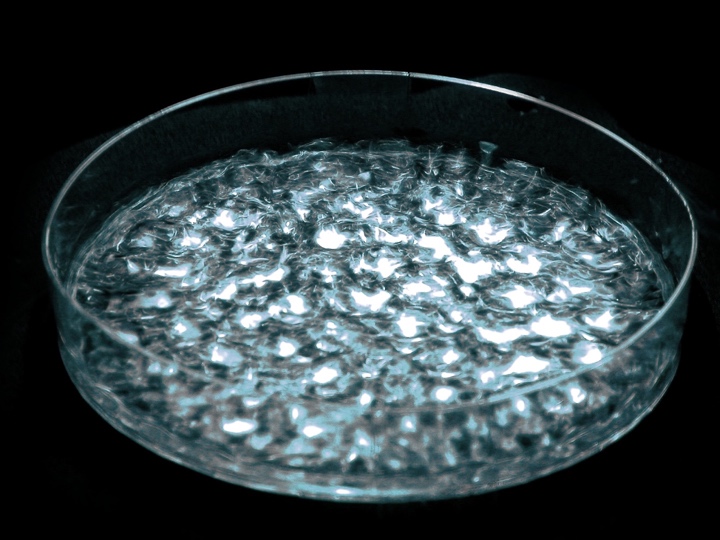