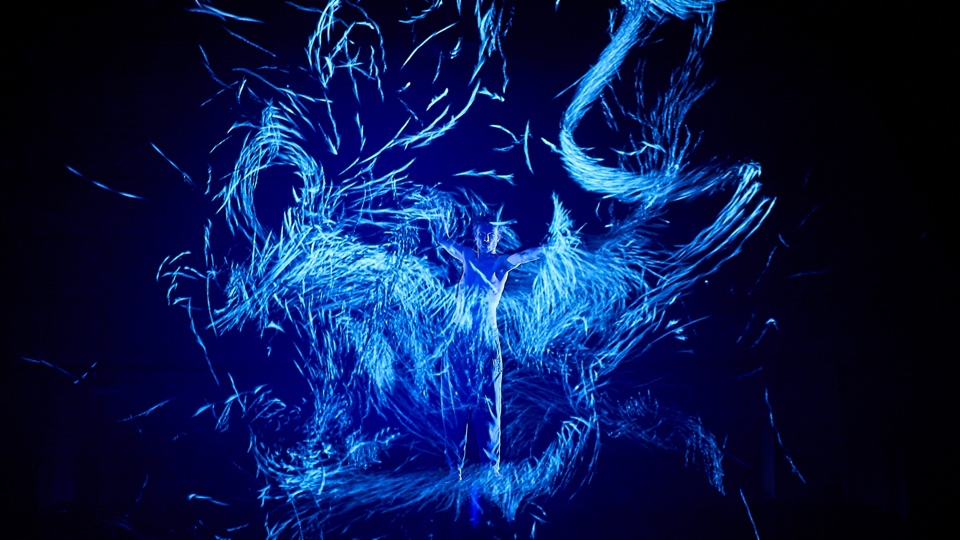 A surreal journey in which a creator is transported into his own creation and is eventually consumed by it.

Silicium 02 by the visual music duo Silicium is a performance that explores the themes of creation, loss of control, and immersion in virtual reality. The performer, who is also the music composer of the work, creates a simulated life form that evolves beyond control and transports him into a virtual world. The performer’s digital self is sent on a trip in an endless transforming landscape where he eventually encounters an unlikely dancing partner that ultimately consumes him.

The way the performer embodies the musical expression and interacts with the audiovisual environment blurs the line between the music, the visuals, and the performer himself, creating a sense of united drive behind the experience. The piece aims to transport the audience away from a logical state of mind and into a receptive, trance-like state, similar to the experience of taking psychedelics. 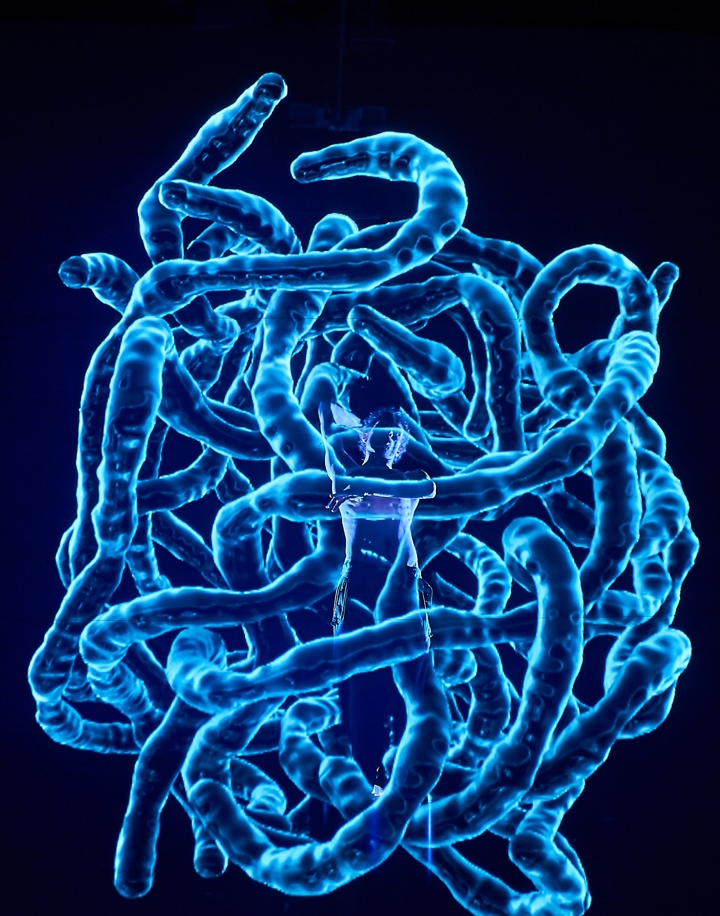 Silicium has explored various collaborative processes and technologies for achieving audiovisual unity through a series of performances. In this particular performance, the music is pre-composed and played back, while the parameters driving the visual simulations are partly controlled by animation, sound analysis, tempo, and sensor input. 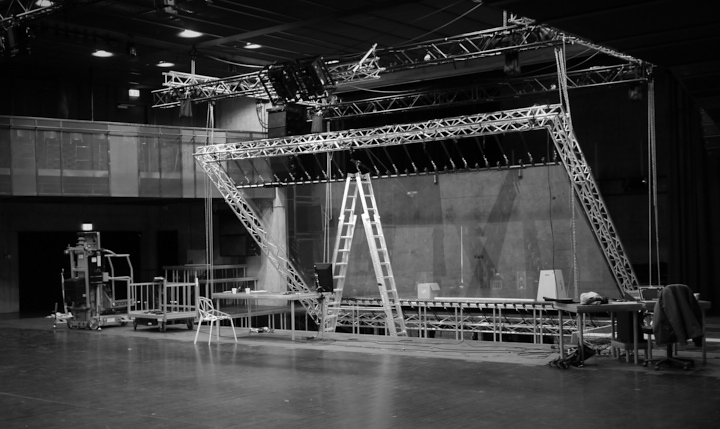